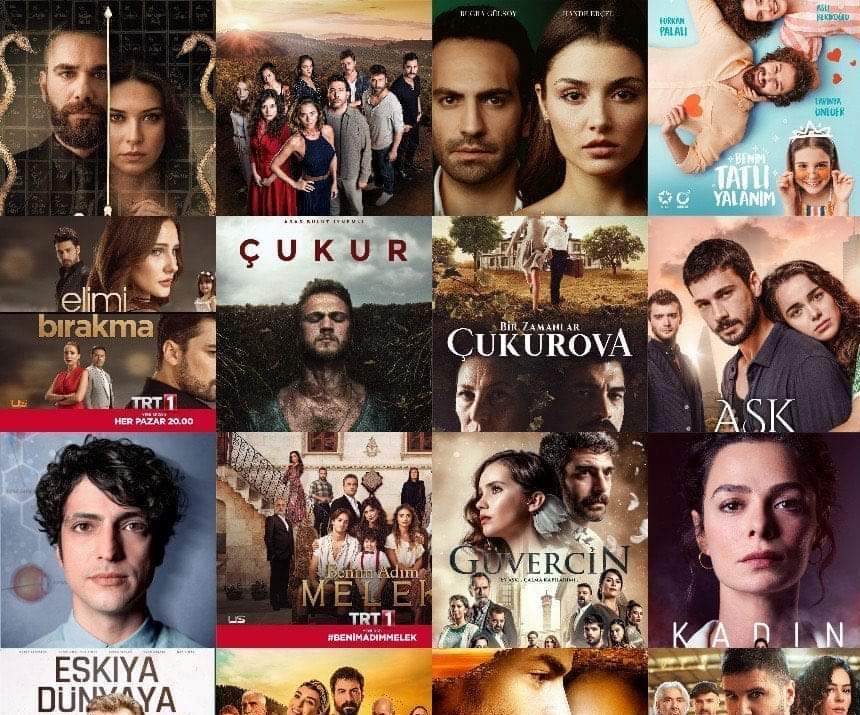 SOL YANIM, My Left Side

All about Turkish Series

In this website you can find all the information about the Turkish Series.

There are many Turkish Series for all tastes. You will find all the information about Historical and Periodic Turkish Series, Turkish Love and Romance Novels, Turkish Novels with Current Themes and Turkish Police and Thriller Series.

Of course, all of them, no matter what the topic, Turkish dramas and comedies, include a love story, sometimes tragic, performed by excellent actresses and beautiful actors.

The plots of Turkish series have managed to touch the hearts of female audiences who seek these audiovisual materials and know everything about Turkish novels, actresses and actors.

Turkish dramas and comedies have reached extraordinary ratings, which began with the broadcast of ”The Thousand and One Nights”, Ezel and Fatmagul.

They have won thousands of fans among English-speaking women, who admire their actors as well as the expensive productions and beautiful sets set in the Turkish countryside.

The Best Turkish Series of all Time

The Thousand and One Nights 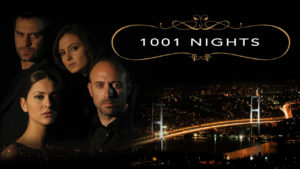 The Thousand and One Nights opened the way and the doors to the Turkish TV industry. Based on the world literature classic of the same name. 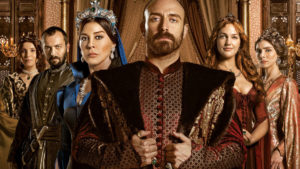 This beautiful period series tells the story of Suleiman the Magnificent’s (Halit Ergenç) rise to power, the most influential sultan in the history of the Turkish Empire and his relationship with his favourite, Hürrem(Meryem Uzerli), one of the most important sultans in history. During the last season the role of Hürrem was played by Vahide Perçin.
As a curiosity, this was the most expensive project in Turkish television, which makes it look so realistic and beautiful on screen.
The vast majority of the series is set in the background of the Palace of Topkapı which was the administrative centre of the Turkish Empire from 1465 to 1853 and is situated between the Golden Horn and the Sea of Marmara, offering privileged views of the Bosphorus. Naturally this palace can be visited so you can experience an unparalleled immersion in your favorite novel.
The beautiful modern adaptation of the classic of literature tells the story of Onur (Halit Ergenç), a suspicious millionaire who pays his beautiful employee Sherezade (Bergüzar Korel) in exchange for sex with him. What he doesn’t know is that she does it to get the money she needs to be able to operate on her son Kaan (Efe Çinar), diagnosed with leukemia. When Onur discovers the true story of Sherezade, he tries to conquer her and becomes her protector, falling hopelessly in love.
And the beautiful house where Onur and Sherezade live together is none other than the yali of Ahmet Afif Pasha, a magnificent mansion located in the Yeniköi district, on the European side of the Bosphorus. SEE MORE…

The Secret of Feriha 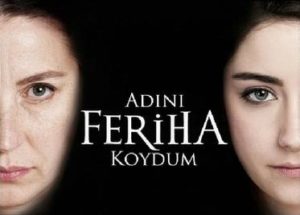 The Secret of Feriha tells the story of a bold and ambitious girl. With two charismatic actors: Hazal Kaya and Cagatay Ulusoy who made the audience fall in love. 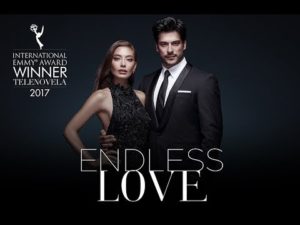 Kara Sevda, Endless Love, was the winner of many awards and her protagonists as well. A romantic thriller, full of suspense and action. Like many Turkish productions with an unexpected ending.

What was considered the best series of 2017 by the Emmy Awards, tells us a love story impossible because of social class issues; Kemal is an engineering student from a middle class family. His life was quiet until Nihan came along and they fell madly in love.
Social differences make their love seem impossible, however, they struggle with that until Kemal must move to another city and Nihan is forced to marry another man. 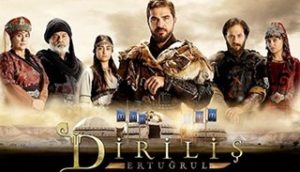 Dirilis Ertugrul is a historical Turkish series based on the foundation of the Ottoman Empire at the time of the Crusades. A super-production of locations, costumes and setting. SEE MORE… 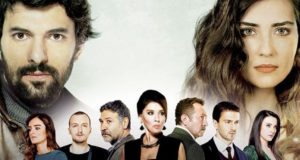 In Kara For Ask, Dirty Money Love or Smuggled Love, action, suspense, intrigue and romance are mixed together. A great Turkish success that won many national and international awards. With an explosive leading couple. 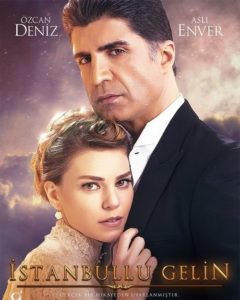 The Istanbul Bride unites romance, action, drama and reflects, once again, the traditional Turkish customs that so much attract and surprise the English-speaking public. Perhaps that’s why it broke records in all the countries where it was broadcast.

Fatmagul is one of the most famous and successful Turkish productions in the world. Its development tells us about the life of Fatmagul Ketenci, a young woman who shortly before her wedding is raped by four individuals. This not only causes the young woman to fall into disgrace with her family, but she is also forced to marry one of her abusers, who does not remember anything about that moment because he was under the influence of alcohol.

Fatmagul’s boyfriend and fiancé, who failed to consummate their wedding, swears revenge on these four men who ruined his life and that of his partner. SEE MORE… 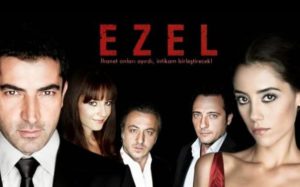 Ezel is an exciting thriller that takes place in the intricate world of the Turkish mafia. Loyalties and betrayals involve the lovers.

This was one of the first Turkish novels to succeed internationally. It tells the story of Ömer Uçar (Kenan İmirzalıoğlu) who, upon returning from military service, is betrayed by his fiancée Eyşan (Cnasu Dere) and his friends, Ali (Barış Falay) and Cengiz (Yiğit Özşener). Ömer ends up in prison accused of robbery and murder and fakes his death to escape and return transformed into Ezel, a poker player ready to take revenge. This is an adaptation of The Count of Monte Cristo by Dumas, which has been adapted in many countries, giving an account of its success.

If you want to visit Ezel’s house, it is located in the neighborhood of Tarlabaşı, from which you can enjoy beautiful views of the Old City and the Golden Horn. 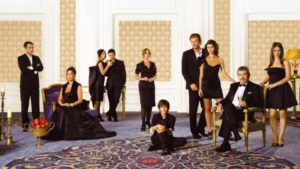 Forbidden Love is a story of love and romance that launched its protagonists to fame: Kivanc Tatlitug and Beren Saat. A classic that fans return to see again and again. It has had the highest audience ratings.

In this series, you will see poor Bihter (Beren Saat) torn between her hatred of her mother Fatma (Nebahat Çehre), the forbidden love she feels for the young and handsome Behlül (Kivanç Tatlitug) and the loyalty she feels she owes to her millionaire husband Adnan (Selçuk Yöntem).

This series has broken audience records in Latin America and in Turkey itself, with the Turkish parliament paralysing its functions so as not to miss the end! Who would want to miss it?

The mansion in which the plot takes place is located in the district of Sariyer, in the European part of Turkey.

In the ancient city of Mardin Sila the most ancient traditions of Turkish culture are shown with great realism.

A humble young woman named Sila, who comes from a rural family, is given to Erkan, a young millionaire from Istanbul who lives surrounded by luxury. This is a forbidden love story where the protagonists, coming from completely opposite realities, must fight against the cultural impositions of the traditional Turkish system.

Love in black and white 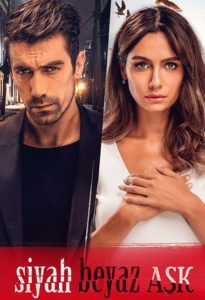 The story of this series reveals Ferhat, a contract killer who works for his uncle Namik, an ambitious and unscrupulous man who wants to enter politics. Added to this is Asli, a surgeon who loves her job and whose path will cross Ferhat’s when he desperately asks her to operate on a man he has shot.

For Asli, however, this turns out to be fatal, for the sentence for working with criminals is death. To avoid this, she must marry Ferhat and despite being poles apart, they begin to be attracted to each other.

The protagonists will fight to change their destiny in a world of ambition, deceit, violence and death.

This series tells the love story between Sanem, a young woman from a humble family who dreams of becoming a writer, and Can, a young man from a rich and powerful family who runs an advertising company.

Sanem must get a stable job or else a wedding organized by her parents will be waiting for her. Thanks to her sister, she gets a job in an advertising agency where she ends up falling in love with Can, one of the owner’s children.

I rent you my love (Kiralik Ask) 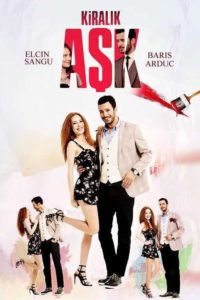 Defne Topal is a young waitress who takes care of her grandmother and her little sister since her father died and her mother left them to go to another man. On top of that, she has to help her older brother pay off a debt and so, with no other options, she has to marry Omer, a stubborn workaholic. Little by little they fall in love, giving an unexpected twist to the plot. 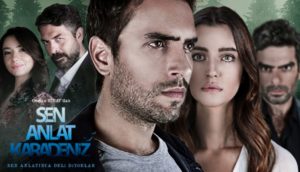 This dramatic series seeks to raise awareness of gender-based violence in the family environment. The story introduces us to Nefes, a young girl who was sold as a child to Vedat, a businessman who cares little about the freedom of Nefes and his son.

With the help of Mustafa and Tahir, two other businessmen, Nefes will try to escape so that she can live a better life in freedom with her son. 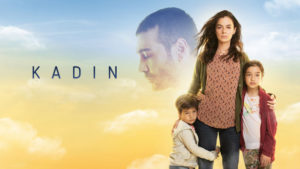 A very dramatic story, different from other Turkish series. Bahar, is a young woman who after having a very hard childhood, losing her parents and later her grandparents, meets Sarp who they marry and have two children Nisan and Doruk.

However, the tragedy does not intend to abandon Bahar: Sarp dies leaving our protagonist alone with her two children. Now she must face the world with all her pain on her shoulders as she tries to resume her life in a moving and realistic story.

These dramas and comedies have caused a sensation even in the most conservative societies, especially in the countries of the Middle East, where people have less tolerance for the most passionate expressions of affection.

Why do Turkish series fall in love?

One reason may be that they prioritize romance rather than sex play. It is precisely this quality that has caused this predilection among viewers. This is why viewers enjoy chapter after chapter, waiting anxiously for the first kiss from the protagonists.

On the other hand, the audience that follows them seems tired of the usual and well-known plots of traditional series.

In addition, these TV series have shocking scenes made in outdoor locations, outside a studio. This considerably increases the production costs of Turkish series, which also increases their value on the market and their value as an audiovisual production.

They have many qualities to become the favorites of many. Romance, intrigue, body language, scenery and attractive actors will continue to win over English-speaking audiences.

The export of the series has been very beneficial for this Middle Eastern country. The purchase of the rights to many such television productions has brought the industry millions of dollars in numerous markets. A lucrative business that they will try to exploit in every way possible.

The economic income to Turkey as a result of these TV successes is not only due to the export of these audiovisuals. But the number of tourists to the country has increased considerably and much of this is due to the consumption of these productions. Regions such as Istanbul, Goreme and Cappadocia have benefited greatly economically.

Most tourists are attracted by the country’s culture and the idiosyncrasies of its people. Both qualities are reflected in Turkish productions in a romantic and artistic way.