The Turkish serie Askin Tarifi or Love Recipe belongs to the romantic comedy genre, the production company is NTC Medya and is broadcast by Kanal D on Mondays.
The protagonist is Kadir Dogulu whom we can see in the Vuslat mystery series.

Askin Tarifi is in your First season and it is not yet known if it will be just a summer comedy or if it will be extended further episodes. Follow the link below to watch it online with English subtitles. 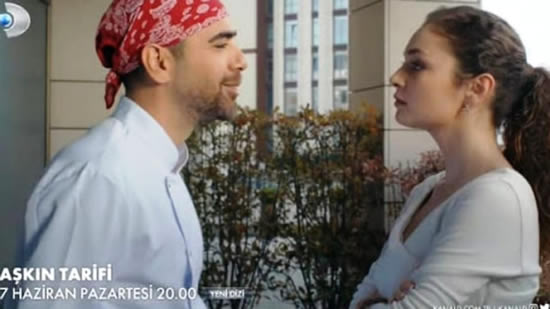 Firat is a chef from a humble kebab restaurant owned by his aunt in Gaziantep. However Firat learned French cuisine when he was studying in Istanbul. He is a passionate, honest and fighter young man.

You will meet Naz, the owner of the restaurant. She comes from a wealthy family but Naz has set out to be independent and progress on her own.

They will have to work together. But Firat and Naz are completely opposite, day and night, fire and ice. Yet both seek the Recipe of Love. 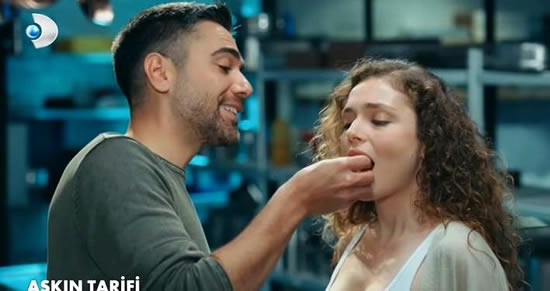 Curiosities of the serie

Actor Kadir Doğulu commented that they spend many hours filming in the kitchen and he can’t help but be hungry and eat everything he finds there.
Serra Arıtürk, is known as a singer and for her YouTube music channel. 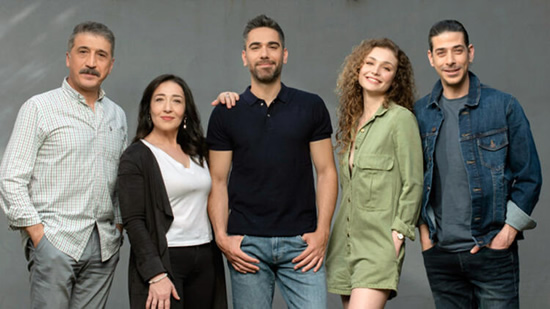