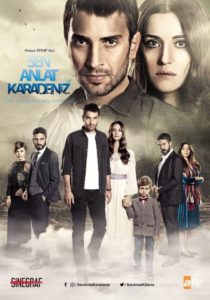 This Turkish series Sen Anlat Karadeniz, whose translation of the title is “Tell me about the Black Sea” or “Fugitive” depending on the country, has had a great impact in its country of origin.

Had 3 seasons with a total of 64 chapters. The first season had 21 chapters, the second season had 32 and the third 11 chapters. 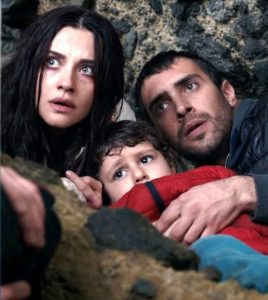 The story takes place in a village on the shores of the Black Sea. Nefes was sold by her father at the age of 16 to Vedat, a violent and abusive man.

Nefes gathers courage and flees from the mansion where she is locked up with her son Yigit. To escape he hides in the trunk of Tahir’s car, Vedat’s partner. When they reach Trabzon, Tahir finds out and tries to help her overcome the whole past. However, the enemies will not give up and she will start a race to escape from the violence.  This series deals with a very topical subject in the world and in the Eastern world in particular, with very traditional, patriarchal and macho customs.

Cast and characters of the Turkish serie Fugitive