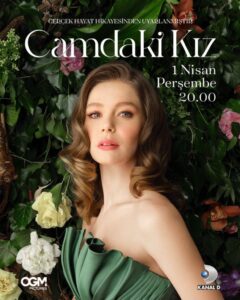 Camdaki Kiz or more accurately The Girl in the Window is a Turkish television serie directed by Nadim Güç and written by Seda Altaylı Turgutlu, to be broadcast by Kanal D.

It is based on a true story and is adapted from the drama of the same name by Gülseren Budayıcıoğlu. This writer is a psychiatrist and bases her books on the stories of her patients, such is the case of Kirmizi Oda and My Home My Destiny.

It began airing in April 2021. Follow the link below to watch it online with English subtitles.

Summary – Synopsis of The Girl in the Window 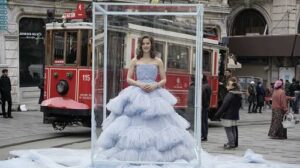 Nalan, the heroine of the drama is a warm and charming girl. The only daughter of a wealthy family, she had a cotton wool childhood, went to the best schools in Istanbul and graduated with honors. Although the ties with her parents were cold and distant, leaving a painful mark inside her.

Sedat Koroglu is also a young man with pains from his childhood and past life.

Nalan and Sedat Koroglu are engaged to be married and are hopeful that this union and their love will lead them to happiness and all the sad past will be left behind.
However there are still dark issues from the past that they will have to overcome. 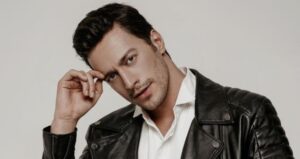 Burcu Biricik is an established Turkish actress who we have seen succeed in Question of Honor and Kuzgun.

Feyyaz Şerifoğlu is a Turkish singer who made a brief appearance as an actor in the series Kirmizi Oda, with such success that it launched him to his first leading role in The Girl in the Stained Glass Window.

Cast and Characters of The Girl in the Stained Glass Window.