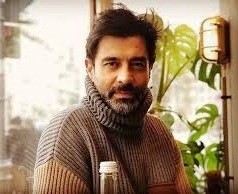 This handsome actor Cansel Elçin He was born on September 20, 1973 in Turkey.

He is from the astrological sign of Virgo and is 1.83 m tall.

At the age of nine his parents went to live with him and his older brother in France. Cansel says that the beginning of his life in that country represented a great cultural shock in which the language constituted a strong barrier to his adaptation. Because of this, he had to start his schooling again, making him the oldest in the class.

Later, in his youth, six months after starting his university studies, he decided to retire and start a textile business with his brother. After that he enrolled in the Cours Florent theater academy, where he shared a classroom with the famous French actress Audrey Tautou.

The acting life within the theater for Cansel Elçin was quite fruitful, getting to star in several plays in France. But in the late 90s an opportunity would open up for the big screen. At this time he met the director Ferzan Özpetek of Turkish nationality, who was working on the film Harem Suare. Cancel got the role although it was secondary and did not get major recognition for his performance.

Even so, he continued to venture into film and TV and was able to act in other productions that forged a widely recognized acting career today. The role that marked a before and after in the life of the actor was played in the 2005 series Kırık Kanatlar.

Then came the great success of Gonulcelen with Tuba Buyukustun and Bizim Hikaye with Hazal Kaya.

Cansel and his Girlfriends

Now we will tell you a little about what many fans of the actor want to know: How is he emotionally? Well, it seems that Cansel always took good advantage of his physical attractiveness, having confessed that his first kiss was given at the young age of 11 years. Starting prepuberty! After being an adult, his best-known love life was mainly starred by three women.

The first girlfriend by Cansel it was the turkish actress Ezgi Asaroğlu With whom he shared a recording set during the film Kampüste Çıplak Ayaklar, but from whom he separated in 2010.

Following this breakup, only shortly after, she made her meet a new love; Pınar Apaydın a young Turkish woman who had nothing to do with the artistic medium. Pinar became his wife in a ceremony in 2012. And they divorced at the end of 2017.

In 2018 he became a boyfriend again, this time the lover is the actress Zeynep Tugce Bayat.

More from the actor:

Finally, as if his talent and attractiveness were few, another interesting fact is that Cansel Elçin is considered as one of the richest actors in Turkey. In addition, as shown on his instagram, he is a lover of felines.

Leave us your comment or opinion about Cansel Elcin!