The beautiful and charismatic turkish actress Demet Özdemir was born on February 26, 1992 in the city of Izmit. It enjoys great recognition and popularity.

She is the youngest of 3 siblings. At age 7, Demet’s parents divorced and he began living with his mother and sister. Since then he has settled in Istanbul.

His height is 1, 70, he has brown eyes and is from the sign of Pisces. His beautiful figure coupled with his talent, does not stop attracting glances, having today, more than eight million followers on his Instagram.

It is in addition to actress, dancer and model.

The beautiful Ozdemir, before being an actress, was a dancer for four years, even participating in a music video and in advertising. Until finally, he began his career and his beginnings in acting go back to 2013.

His career took off with his portrayal of Sanem in the comedy-romance series Erkenci Kuş during 2018 and 2019. This role even earned him a best actress award.

After that success she was summoned to star alongside Ibrahim Celikkol the novel The Ambassador’s Daughter for 2020.

How is the heart of the beautiful Demet?

Well, on the sentimental issue, this beautiful girl, already considered one of the Turkish actresses of the moment, due to her great popularity, had a two-year relationship with the heartthrob from the first novel she starred in. We refer to Yusuf Clim, from the Turkish series With the smell of strawberries.

Later, the actress had another relationship with the actor, Seçkin Özdemir And although there were rumors of a possible wedding, the couple ended their relationship just four months later.

The breakup brought a lot of speculation because it coincided with Erkenci Kuş’s recordings. Being the chemistry between Demet and the protagonist of the series, Can Yaman, so credible for the plot, that many began to think that this was real and that very possibly, it had started a romance between the actors. Although this was not confirmed, many assure that there was a romance that ended along with the novel. 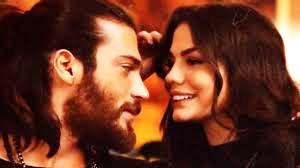 To finish, a very good piece of information that speaks very well of the actress is that fellow filmmakers describe her as being very hard-working and with a very positive vibe.