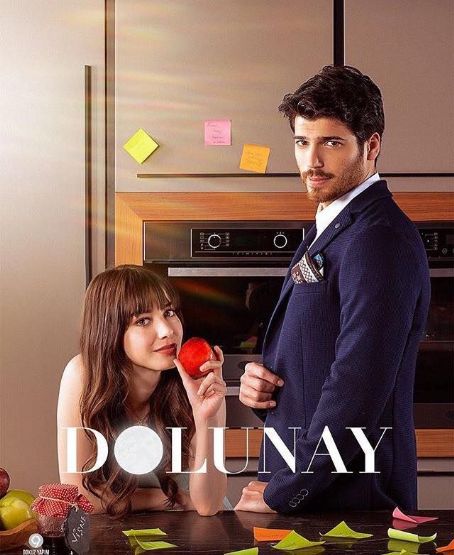 Dolunay is a Turkish comedy, by the company Star TV made by Dokuz Productions and by Çağrı Bayrak in the year 2017. It was broadcasted with other titles such as Fullmoon and Luna llena.
It is an adaptation of a Korean series (dorama) called My Secret Romance, whose version has 13 chapters.
It has an impressive cast and stars Özge Gürel and Can Yaman.

Full Episodes in English of DOLUNAY

The series is composed of 26 episodes and only one season, which began on July 4, 2017, ending on December 31 of the same year.

Summary / Synopsis of the drama Dolunay 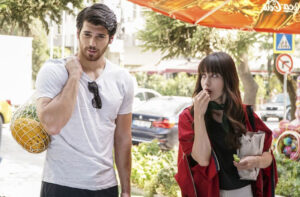 Nazlı (Özge Gürel), is a beautiful and innocent young woman, fond of cooking who wants to make it a profession. Ferit Aslan (Can Yaman) is a perfectionist and demanding millionaire who has a personal cook to prepare her dinner.

Ferit is so fussy that no one can tolerate him and they leave the job. Until Nazli starts working at Ferit’s house as his private chef. Said gallant, he is a man of few words but great actions. Besides being handsome, Ferit is a cold and distant man who does not believe in love.
After working as a chef at an evening party at Ferit’s house, Nazli drinks several alcoholic beverages and falls asleep in the house. When she wakes up the next morning and understands where she is, she turns to Ferit in anger and asks him to explain. This will be the beginning of the meetings and disagreements of a great love.

Curiosities of the novel 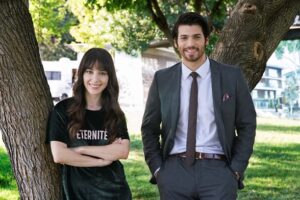 Its male protagonist, Can Yaman, says he likes very feminine women.
The actor Can Yaman has appeared on the cover of the most important international magazines, such as Hello magazine among others!
It is known that Can is a law graduate, speaks English and Italian, as well as Turkish, which is his native language.
The actress, Ozge Gurel is Turkish of Circassian and Greek origin.
The main characters had excellent chemistry in the development of the drama.