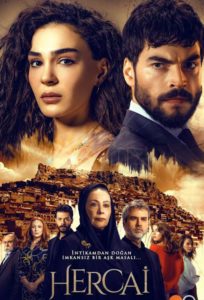 From the very first episode, the Hercai series attracted the attention of the audience and achieved success in the ratings.

The soap opera has wonderful natural settings of the Midyat area of Mardin and fascinates the audience with the history and culture of Midyat. It shows from ancient and archaeological sites to fabulous mansions, lifestyle and has the characteristic of being one of the most important tourist places in Turkey.

Hercai is the story of an impossible love born of revenge.

Full Episodes in english of HERCAI

This serie is in its second season. The first season had 38 episodes. Follow the link below to watch it online with English subtitles. 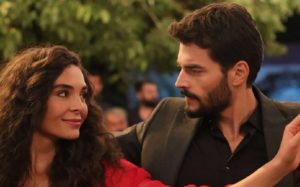 The story is about a young man named Miran, whose parents died because of a man and Miran becomes his mortal enemy. To get revenge, Miran decides on a classic revenge: he seduces Reyyan to destroy the young woman and thus hurt his enemy in the being he loves the most: his daughter.

Reyyan falls in love with Miran, but after a while, she realizes his plans. Miran loves Reyyan, but the desire for revenge is very strong.

The plot is based on the book of the same name, a bestseller in 2012, written by Sümeyye Koç. Several major television companies were fighting for the rights to make the book into a movie. They were finally acquired by the ATV channel which decided to make a series.

The original book has a tragic ending but the producers of the soap opera have announced that they will make major changes as the chapters progress, so it is not known how it will end up in the series. The writers have promised the audience surprises.

According to the book Reyyan is 19 years old and Miran has blue eyes. In the book, Miran follows Reyyan for a year before asking for his hand.

Cast and characters of the Turkish series Hercai 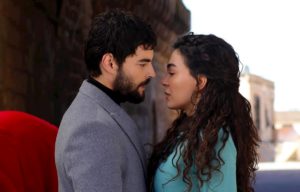