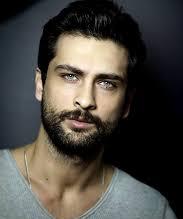 Actor Onur Tuna He was born on July 2, 1985 in the city Gallipoli province of Canakkale, Turkey.

You have striking blue eyes and are from the sign of Cancer. 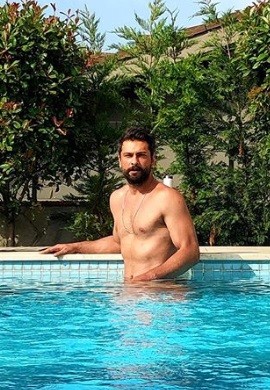 His mother is Greek of Turkish origin who emigrated from Thessaloniki. His father is a math teacher and his mother is retired.

He lived in Gelibolu (Gallipoli), Turkey until he was 15 years old.

The family moved to Bursa, where he completed secondary school at Bursa Erkek Lisesi.

At that time he practiced basketball, volleyball and began to participate in student plays. Started to sing and play guitar when I was 15 years and was part of his school bands.

Later he moved to Izmir (Smyrna) where he made the economics career at Dokuz Eylul University and also he studied Turkish classical music and acting.

While studying at the university worked as a professional model for 4 years.

Later Onur Tuna settled in Istanbul, where he took private theater lessons and training in methods and skills of acting in front of the camera.

His first prominent leading role was in the police series Filinta, and the greatest popularity came with his role in Yasak elma, that was sold abroad and made it known internationally. 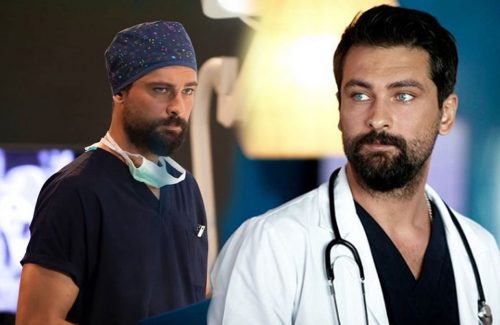 The actor’s next hit is Mucize doktor with the role of a surgeon with many secrets in his life.

Onur also acted in two movies in Turkey: in 2014 on film Bi Küçük Eylül Meselesi and then lead actor in Ağır Romantik.

The sentimental life of the handsome Turkish beau is very moved. Still continue single and there are many photos in the Turkish media with different girls, both well-known actresses and unknown beauties.

The first major relationship was released in 2012 with actress Jasemin Allen, although they had been together for a long time. The following year they separated and Onur began a fleeting romance with model Nil Ates.

At the beginning of 2016, he published his courtship with Sevda Guven with whom he shared the leading role in the Filinta series. It was quite a long relationship but it also ended.

At the beginning of 2019 they discovered him having dinner with Hasret Giderdim but they said it was an outing of old friends.

In October 2019, he was found having a drink in the luxurious Nisantasi neighborhood with a young woman who tried to hide and not be photographed.

Anyway, the beautiful Onur is still looking for the love of his life.

“Music is the perfect nature of every human being, and I spend time off set writing, composing and recording. I don’t do that for any popular reason. The three songs on the first album belong to my age when I was not performing on television. Time offered me the opportunity to save them. And I founded a joint studio two years ago with @ serhatsenseslidostum, a music genius who understands me… “

The musical theme is titled Yangin Yeri, Place of Fire and the video is romantic and surreal, will it be how Onur feels in love? Here you can see it: