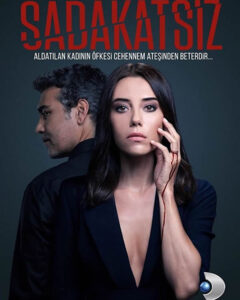 The Turkish drama Sadakatsiz or Unfaithful is based on the series “Doctor Foster” by BBC Studios. It stars the actress Cansu Dere and the actor Caner Cindoruk. It is produced by Medyappim and broadcast by Kanal D.

Full episodes in English of SADAKATSIZ

Infiel is in its first season and at the moment we don’t know when it will end. Follow the link below to see it online with English subtitles free. 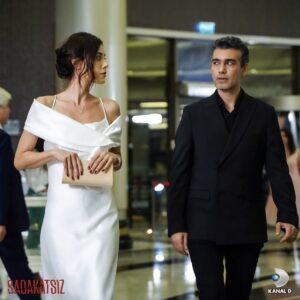 Asya is a doctor who leads an orderly and correct life. She is married to Volkan and they have a son named Ali. Volkan is a good father and they lead a life of harmony and happiness.

One day she suspects her husband’s fidelity when she finds a blond hair in his scarf. She begins to investigate, but feels guilty because she actually believes in her husband.

Finally, she realizes that he has cheated on her with his partner’s daughter and the girl is pregnant. No one will stop Asya from being driven by anger and revenge.

WHO IS CANSU DERE?

Cansu Dere was born on October 14, 1980 in Ankara. She comes from a family of Greek immigrants and has starred in several hits such as Ezel and Anne-Mother among others.

Caner Cindoruk started acting as a child because he is the nephew of the famous theater actor Erdal Cindoruk and grew up behind the scenes. He studied theater at the University. He worked on many TV series including El Sultan and Kadin.