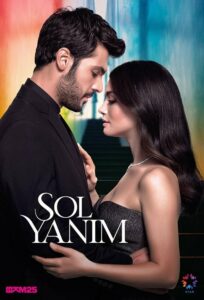 The Turkish serie Sol Yanım or My Left Side or My Other Side, is broadcasted by the Star TV channel and is produced by BKM Production, the same production company of Ramo. The scriptwriter is Melis Civelek who also wrote the drama Feriha and is expected to be another success.

The drama My Other Side was released in November 2020 and it is not yet known how many episodes it will have and that will depend on the raiting in Turkey. Follow the link below to see it online with English subtitles free.

Plot – Synopsis of My Left Side turkish serie 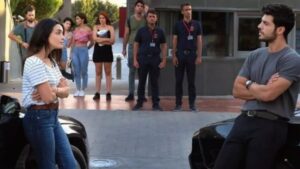 The series tells the story and secrets of the Kutlusoy family, millionaires and successes and their relationship with a mother and daughter who lost those privileges.

Serra and her mother, who was heir to the rich family, but lost everything she had and now have to live in a common neighborhood and the mother suffers and cannot adapt.
Serra will have to take care of his mother and grow up early. She is a very good student and gets a scholarship to the University.

Her life will take on color and joy in college life and with her fellow students.
Serra will meet Selim, the heir to the rich and powerful Kutlusoy family, and the story and secrets will begin to unfold.

Özge Yağız was born in Istanbul on April 10, 1997. He completed his educational life at the University of Başkent. She started her career as an actress in Adini Sen Koy.

Tolga Mendi was born in Izmir in 1993. The handsome actor, who is 186 centimeters tall, graduated from the Faculty of Engineering and Architecture of Çukurova University. He made his acting debut in 2015 with the TV series Acı Aşk (Bitter Love).

Cansel Elçin is a renowned actor who is remembered for his work in Gonulcelen and Aglama Anne among others. He was born on September 20, 1973 in Izmir. He is married to the actress Zeynep Tugçe Bayat. He spent his youth in France and studied theater in France. 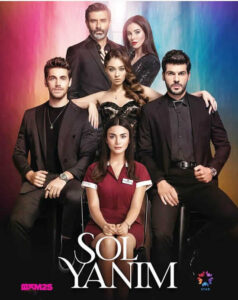 Wacht MY LEFT SIDE english subtitle >>>