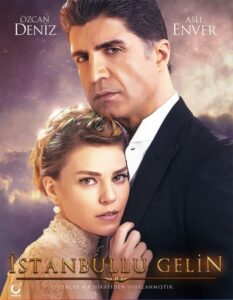 The Istanbul Bride, Istanbullu Gelin in Turkish, is a great success in Turkey and has been sold to 15 countries, including Albania, Romania, Croatia, Bulgaria, Bosnia Herzegovina, Greece, Georgia, Kazakhstan, Montenegro, Israel and Angola. It is already scheduled to be broadcast in Mexico and Costa Rica. While discussions are underway with Argentina, Chile, Peru, Uruguay, Brazil and Panama on its publication.

Plot / Synopsis of  the turkish serie The Bride of Istanbul

In the plot of this story the main character Süreyya (Asli Enver) had a difficult life as she grew up without parents and had to face life alone. She is a violinist and leads a modest life. Faruk (Ozcan Deniz) is a millionaire businessman who comes from a family that respects traditions and his mother hopes that he will marry Ipek from a wealthy family that is very close to him.
He meets Faruk and they fall in love. Süreyya does not hesitate to leave everything and travel to Bursa to get married and start a new life and raise a family.

Süreyya grew up in the big city and through her life she developed an independent and modern personality. While Faruk, despite his modern upbringing, belongs to a conservative family with which he is strongly connected. These differences will be an obstacle from the very beginning. 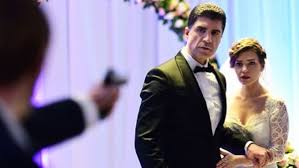 The whole family lives in a four-century old mansion that will be the scene of tensions and confrontations between Süreyya, her mother-in-law, her sister-in-law and her husband’s brothers.
Meanwhile Faruk will also have to deal with an unexpected enemy.
The first and second season have continuity in the history, while the third season will jump in the time of many years in the future. Fans are looking forward to seeing the changes in the characters and the story.

Cast and Characters of the turkish series The Bride of Istanbul 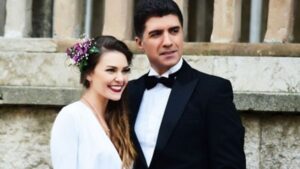