THE SULTAN,Turkish serie in english

The original title of The Sultan was Muhteşem Yüzyıl in Turkish or The Magnificent Century.

It is a Turkish series based on the life of Sultan Suleiman or Suleiman who had the longest reign in the history of the Ottoman Empire and Hürrem his wife and the most influential sultan in Turkish history. It was broadcast from 2011 to 2014.  It is one of the 5 best-selling foreign series of all Turkish productions.

Full episodes of the turkish serie THE SULTAN

It consisted of 4 seasons of 139 complete chapters of 2hs.

Plot / Synopsis of the Turkish serie The Sultan

In 1520, Suleiman at the age of 26 came to the throne of the Ottoman Empire. He joins a concubine named Mahidevran and has his first heir, Crown Prince Mustafa. One day the sultan visits his harem and falls in love with a red-haired Ukrainian slave girl of Christian origin named Alexandra or Roxelana.

An intelligent, cunning and ambitious girl quickly learns the rules of the palace and how to benefit from the Sultan’s favour. The sultan in love gives her a Turkish name: Hürrem.

What is the meaning of the name Hürrem? 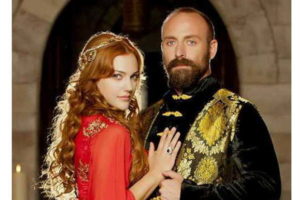 The one who brings joy, thus Soleiman baptizes her.

Hürrem converts to Islam and confronts Suleiman’s concubine, Sultana Mahidevran, then 22 years old. The latter, little by little, begins to lose the heart of the Sultan, captivated by the charms of her new lover. Hürrem becomes pregnant by the Sultan and from that moment on she gains power to the point of becoming the official Sultana of the Ottoman Empire, with power over everyone.

Curiosities of the Magnificent Century: 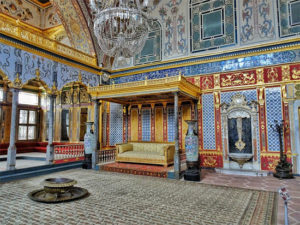 This Turkish series was the most expensive project in the history of Turkish television, costing approximately $500,000 for each episode. The costumes and spectacular scenery are of enormous realism and luxury. Some scenes were filmed in the royal halls of the Topkapi Palace where the events actually took place.

Political scandals of the series:

Several Turkish historians came out to disprove parts of the story of the series by revealing the true facts as they were. In the same way, the most conservative Turkish sector, led by President Erdogan himself, made a presentation to the justice system against those responsible for the series. This sector of the population are great admirers of the Ottoman Empire and considered that it was not correct to show the violence, intrigues and betrayals of the court, like showing the greatest sultan in history in love and manipulated by a foreign slave.

What happened to the leading lady? 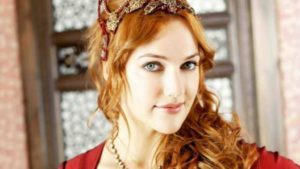 The series starred Meryem Uzerli, a German actress with a Turkish father, like Hürrem.

During the last season, Meryem Uzerli is replaced by the actress Vahide Perçin. What happened? …During the first seasons of the series Meryem got engaged to an irascible and possessive Turkish millionaire playboy. Did she become his slave?

The truth is that she lived on him, only to attend to him and help him, but all in the midst of scandals and fights. Finally Meryem fell into a state of depression and total exhaustion where the doctors recommended her to leave the series. Suddenly he stopped filming and went back to Germany.

There was also a lot of talk about a jealousy attack from Halit Ergenc’s wife, Berguzar Korel, who didn’t like his closeness to Meryem.

What is the Sultan’s Princes today?

It consisted of numerous characters and a great cast throughout the 4 seasons. Many of the best actors and actresses of the Turkish show paraded.

Cast and characters from the Turkish series The Sultan 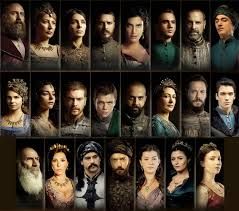 Meryem Uzerli and Vahide Perçin, Hürrem, Alexandra Legal wife and favourite of Sultan Suleiman. Mother of five of his sons, four of them princes.

Nebahat Çehre , Mother of Suleiman. Widow of the Sultan.