Zumruduanka is a Turkish series directed by Cemal Şan, whose recordings have been made in the Cappadocia region, specifically in the town of Ürgüp. Zumruduanka was scripted by Can Sinan. The series premiered in 2020 and was broadcast by Fox channel in Turkey. Its main characters are Alp Navruz and Ceren Yilmaz, playing the characters of Serhat and Zümrüt respectively.

Full Episodes in english of ZUMRUDUANKA

The novel is in its second season of broadcasting and it is not yet known how many chapters it will have in total. Follow the link below to see it online with English subtitles.

Plot – Synopsis of Zumruduanka or Phoenix 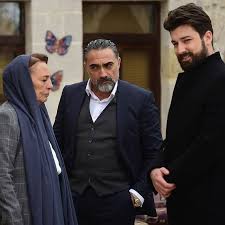 Zümrüt is the eldest of three sisters. Her father Rustem is disabled and therefore unemployed, which makes Zümrüt the one who, with his work, takes care of the family. However, this is not enough, as one of his sisters is at university (Meliha) and the other (Songul) is still very young.

For this reason, her mother Ulfet presses her when she learns that her boss, Mr. Adil, a good-hearted businessman, is in love with her. He tries to manipulate and convince her in different ways to agree to marry him.

In the meantime, Zümrüt has experienced a clandestine love with none other than Serhat, the nephew of this wealthy man. Her beloved was left for dead when he left for the army; she has not stopped loving him nor has she been able to confess to her family the relationship she kept secret with him.

Serhat will return and everything will be disrupted by his arrival.

Curiosities and interesting facts about its protagonists

This series began to be filmed at the end of December 2019 and its male protagonist Alp Navruz had just finished his previous TV project less than a month before.  It happens that this handsome actor wanted to take advantage of the success obtained in Elimi Birakma and give continuity to that wave, so, the day after saying goodbye to the cast of his previous series, he got into the role of Serhat and started recording again.

For her part, the beautiful Ceren Yilmaz who gives life to Zümrüt is an actress who has worked only in one film production and three series, at different times in her short artistic career, however, is gaining notoriety not only for her outstanding beauty but also for her talent, which, she is confirming with her leading role in this series.

Alp Navruz is already famous both in Turkey and internationally, as evidenced by the more than two million followers he has in his Instagram, while Ceren Yilmaz only has a little over one hundred thousand followers and his career is currently on the rise, but it is undeniable that these actors make an excellent couple on screen, showing not only chemistry but also a professionalism that allows both performances to be enjoyed at the same time. 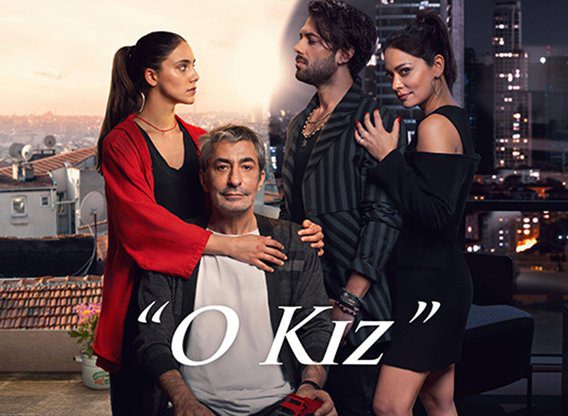